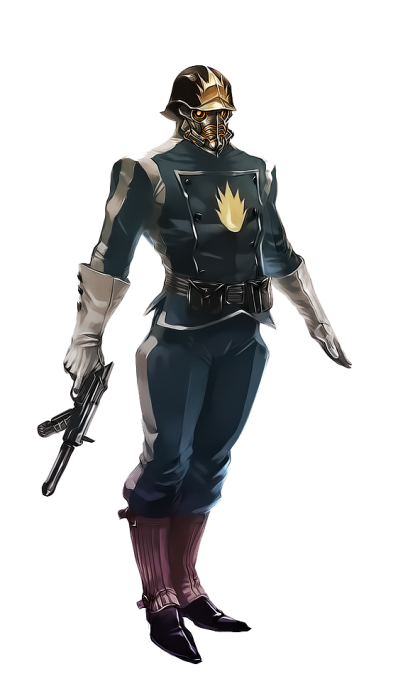 It’s time for the sixth edition of The Character Spotlight! The Guardians of the Galaxy movie is a big risk on Marvel’s part. Here they are taking a bunch of relatively obscure characters, including a talking raccoon and a talking tree, and hoping that you instantly fall in love with them all with no back story or prequel to set them up. So, I’ve made it my mission to learn more about them and spread what I’ve learned with you in my Character Spotlights. Between now and the eventual release of the movie my goal is to highlight every major character that is involved and I thought what’s a better way to start than with their leader Star-Lord? Peter Quill, the Spotlight is yours: 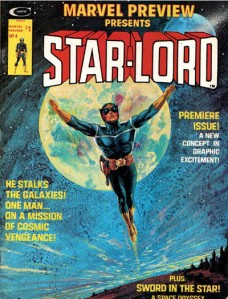 Biography: An alien, Prince Jason of Spartoi, crashed landed on Earth and was helped out by a human woman, Meredith Quill. They fell in love and conceived a child but before the child was born Jason had to leave Earth to return to his galactic war that his people were a part of. He didn’t dare take Meredith with him for fear of her safety and locked her memories of him away to spare her the pain of his departure. She married her high school sweetheart, Jake, and she believed that the child that was born was in fact his. Jake saw that the child looked nothing like him and in a rage of fury tried to murder the infant with an axe while outside in nature but died from a heart attack during the attack. The child was left by himself for a period of time having nothing but the starry sky to stare at and thus began Peter Quill’s fascination with space. Peter was raised by his mother until his biological father, the war haven shifted to his side’s favor, asked his Uncle for them to be brought to him. Instead, his Uncle ordered the death of Meredith and Peter was sent to an orphanage which he eventually ran away, raised himself, and later became a NASA trainee.

As his astronaut career continued, Peter lost out on many prestigious missions due to his lack of people skills and overall bad attitude. While residing on a space station with some fellow astronauts, they were visited by an alien called the Master of the Sun who offered the mantle of the Star-Lord to a worthy candidate to act as a sort of interplanetary police officer. Seeing this as a way to exact revenge on the aliens that killed his mother, Peter volunteered but another of his fellow astronauts was chosen instead. Peter was outraged and NASA subsequently sent him back to Earth to be discharged for his conduct. He had other plans. He stole a ship, returned to the space station, stunned the chosen one, and took his place as Star-Lord. He was gifted with a suit that allowed survival in space, advance healing properties, energy shields, and increased strength. He was also given an Element Gun which could harness the four elements of earth, fire, water and air and a sentient space vessel called Ship. His first mission was actually an illusion created by the Master of the Sun so he could work past his preoccupation with revenge by killing the aliens that killed his mother, freeing him from his past.

His career as Star-Lord continued until he ran afoul of a former Herald of Galactus called the Fallen One. The battle between the two resulted in both Ship and his Element Gun being destroyed, severe injuries to himself, and catastrophic collateral damage which resulted in 350,000 dead. Star-Lord and the Fallen One were imprisoned in an intergalactic prison for life because of this substantial death toll and it was there that cybernetic implants were installed to save his life. An eye implant allowed him to see all energy spectrums and a memory chip installed in his brain gave him 100% recall. Due to the guilt of his failure, Peter  abandoned his Star-Lord identity entirely. Later on, the Fallen One was broken out of prison and Peter was conscripted into the Imperial Guard to aid in the villain’s capture.  After he left the Imperial Guard, Peter joined Nova’s United Front to battle Annihilus and his Annihilation Wave. When Annihilus was killed by Nova, Peter became the military advisor to Ronan the Accuser. He helped upgrade the Kree War Net but unwittingly allowed the Phalanx virus to take control over the whole Kree empire. He was then forced to decide between imprisonment or donning his Star-Lord identity once again and create a team to defeat the Phalanx and their master Ultron. He of course went with option number two and was outfitted in a new suit and battle helmet after his cybernetic implants were removed.

Victory was achieved and Star-Lord decided to form a new Guardians of the Galaxy whose mission was to end emerging galactic threats early. He assembled his team by having Mantis telepathically influence them into joining and when this deception was eventually uncovered the team broke apart. After doing battle in the Negative Zone, Star-Lord returned and found that the Guardians had reformed. They involved themselves in the War of Kings and Star-Lord and part of the team wound up being sent into the future and visited alternate timelines. With the aid of Kang the Conqueror they returned to the present and Star-Lord had to battle his former friend Adam Magus, who had turned evil, using a Cosmic Cube that he had been given by Kang. He believed his foe had perished in battle but it was all a ruse and Magus later detonated several planets causing a giant fissure in the universe that had formed due to the War of Kings to be blown even wider enabling access to another universe called the Cancerverse. The Cancerverse was a dark alternate version of the Marvel Universe whose inhabitants were neither alive or dead. Star-Lord and the Guardians teamed-up with a severely weakened Thanos to battle these invaders because he believed that since Thanos was the Avatar of Death that he could bring death back to the deathless and end the threat of the Cancerverse. Star-Lord, the Guardians, and the hero Nova accomplished their goal and the Cancerverse began to collapse upon itself. Star-Lord and Nova decided to sacrifice themselves and distract Thanos long enough with the aid of Star-Lord’s Cosmic Cube so that the villain could not escape and harm their universe now that he was back at full strength. The rest of the team escaped and the two heroes perished with a statue haven been put up in their honor. Recently Thanos has reemerged along with Star-Lord himself. The truth to their “resurrection” has yet to be revealed but with a new Guardians of the Galaxy series on the way it is believed to be revealed there.

Appearances In Other Media:

My Take: Wow! After doing all this research I can see how Star-Lord is worthy of having a movie all of his own let alone one where he is part of a team. The character’s early origins had a few similarities to the DC character Green Lantern (space cop, gun fueled by willpower) but he eventually went in an entirely different direction. He is a character that is flawed and had to overcome such a traumatic upbringing and gut-wrenching failures in his Star-Lord career to emerge as a true hero. Depending on the direction Marvel goes in the movie, it would be interesting to follow his heroic arc from beginning to end. I can see why so many actors are clamouring for the part and doing this Spotlight has actually warmed me up to the idea of this movie’s inclusion in Marvel’s line-up. Thus ends Issue #6 of Character Spotlight. Any thoughts/opinions on this character? Comment below! 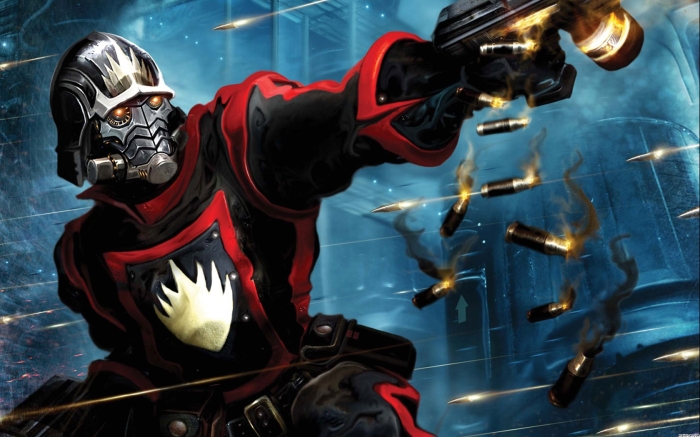