In #Trending I’ll highlight and offer my opinions on any comic-related news that occurred during the week. This will included news about comic books, comic-related movies, TV shows, video games, etc. I’ll also give a shout-out to some favourite comic blog entries and have a social media section involving Twitter. Let’s begin:

What is going on at Marvel? First came this teaser  along with the accompanying text: “Begin with the best super heroes in comics–Marvel does it FIRST!! HUGE story coming soon to fans, worldwide.” Then came this one: 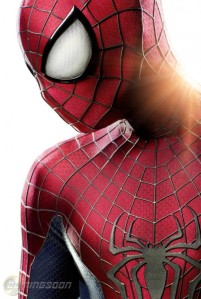 Two bits of info was learned concerning this sequel. First up was the reveal of the new suit which you can see above. First thing that hits me is the eyes which are whiter and larger as well. Combine this with the rest of the modifications on the suit and you get a costume that is more in-line with the classic Comic Book version. Can’t go wrong with that! Secondly, Chris Cooper was revealed to be playing the part of Norman Osborn. This was the rumor going around since he was announced as part of the cast but it’s nice to get some confirmation. Gwen Stacy better be on her toes.
________________________________________________________

Writer Seth Grahame-Smith just recently completed a draft for the new Fantastic Four movie coming to us from director Josh Trank and producer Matthew Vaughn. Apparently it’s shaping up quite well and this bit of info surfaced on the net this week: “The new reboot is taking a grounded superhero and sci-fi approach to the heroes and will tap deep into the comics mythology, which featured not just the better-known villains such as Doctor Doom and Galactus but also alien races the Kree and the Skrull, and the anti-matter universe known as the Negative Zone.” Awesome! If this really pans out it would be a can’t miss movie franchise. Next step…finding the right actors to play the FF and their dreaded arch-enemy Dr. Doom.
________________________________________________________ 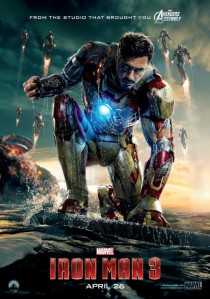 Iron Man 3 is the last movie that Robert Downey Jr. is contracted to play Tony Stark. Say what?! He had this to say on the subject: “I feel that the first time I played Tony, I did it best… how do you sustain something? I’m not stupid, I like to play ball, I love the company, I love the character, and the business side of things, I’m not too picky about that either… Tony’s going to carry on. Avengers 2 already has a release date… It would probably be the best thing in the world for me [to stop]… I don’t have to overstay my welcome…” Lock him up quick Marvel! Downey definitely has another few go-arounds as Stark left in him so open up the cheque book and pay up. He’s only made you countless millions of dollars…
_____________________________________________________________

A truly talented comic artist passed away last week at the all too soon age of 43. Besides putting out some stellar covers that were even featured on this blog’s young life (Deathstroke #15, Green Lantern Corps #14), he also put out some great interior art in such series as Stormwatch and Brightest Day. Apparently he had been sick for a while but continued to do what he loved until his passing and even has a Martian Manhunter back-up that will be featured in the new Justice League Of America series coming out soon. My thoughts and prayers are with his family.
________________________________________________________

In this section I’ll highlight the various WordPress based blogs that I recommend:

Sidekick Reviews – http://sidekickreviews.wordpress.com/
Blog I go to for excellent The Walking Dead and Arrow episode reviews.

Ramblings From A Comic Newbie – http://newbiecomiclife.wordpress.com/
Cr8zyGurl brings us a blog with a refreshing perspective. She’s new to comics but that only makes her entries even more interesting.

The Indigo Tribe – http://indigotribe.wordpress.com/
A blog about all things Green Lantern including reviews and musings.

Arousing Grammar – http://arousinggrammar.com/
Great reviews that are a nice hybrid of commentary and full-page comic art.

And that concludes #Trending. Thoughts on any subjects discussed? Other Blogs you enjoy? Anything else worth mentioning? Comment below!