Welcome one and all to The Time Capsule! In this feature I’ll be highlighting an entire month of core titles for one character until his/her story is complete. The character that I’m currently focusing on is none other than Spider-Man. I’ll list any notable debuts, big moments, and favourite scenes from each issue. Hope everyone enjoys it as much as I enjoyed journeying back through time to put it together. Let me share the memories with you! 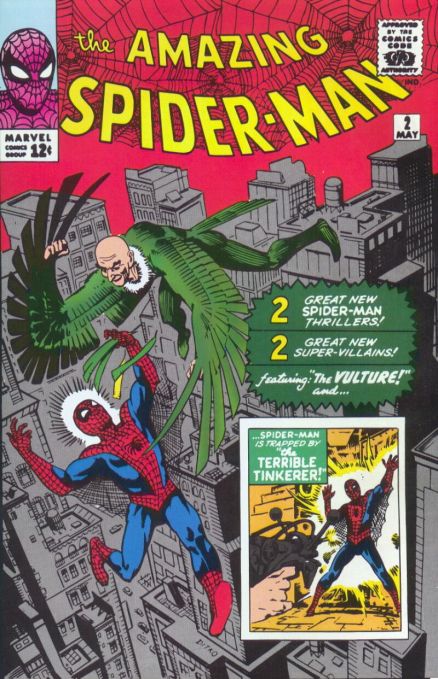 Amazing Spider-Man #2 marked the debut of not one but two Spider-Man villains. The first one was none other than Adrian Toomes aka the Vulture. 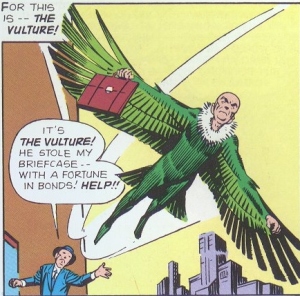 The line “How can he fly–without a sound-without any effort” may seem insignificant but it’s an important clue that leads to Spider-Man defeating his new foe.

Peter finally finds a potential way to make money: take pictures of the very villains he does battle with.

Peter is given his first camera, one that belonged to his departed Uncle Ben. Peter Parker and cameras would be a familiar sight for countless years to come.

Just how does he fly? The Vulture boasts that no one knows but can Spider-Man figure out the answer?

The Vulture announces his crime before he commits it just like the Joker did in his first appearance in Batman #1 23 years earlier. 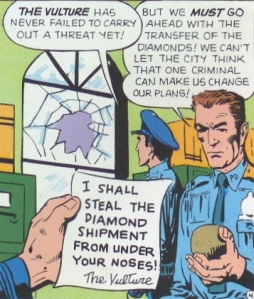 The Vulture and Spider-Man clash for the first time.

And it doesn’t go well for him. Spider-Man’s first failure in stopping a villain.

Peter decides the best man to sell his photos to is J. Jonah Jameson since Peter would love nothing more than to make Jonah pay for photos shot by the very man Jameson is so against. Also, after running out of web-fluid earlier in the story, Parker decides to make some adjustments.

Improvements galore…and it seems Parker has already deduced how Vulture is able to fly. He begins his work on a device to stop the vile villain.

Peter wishes to remain anonymous but this marks the start of a long and fruitful financial relationship.

Get a picture of Spider-Man? This idea would launch Peter’s career at the Daily Bugle. 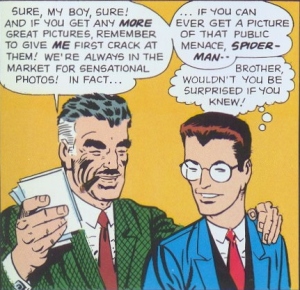 The police look to the skies but Vulture fools them all by attacking from underneath, “from under their noses” just as his note stated.

Spider-Man VS Vulture Round 2 leads to a Spider-Man victory because he used his new invention.

The Vulture is defeated.

Spider-Man shows he has got the smarts to match his physical abilities. The absence of noise led him to the conclusion that the Vulture was using a magnetic powered harness and he invented an anti-magnetic inverter to counteract it. 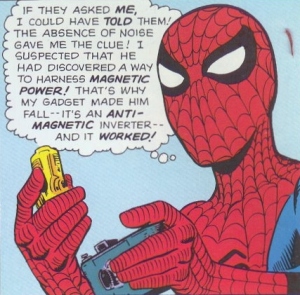 Peter finally ends a story on a happy note for once but the appearance of the Vulture at the end hints at future appearances. Why wouldn’t they take Vulture’s costume off though when he went to prison?

In the second story, Peter is chosen to help Doctor Cobbwell with some research but the Doctor asks Peter to pick-up a radio on the way over to the lab. 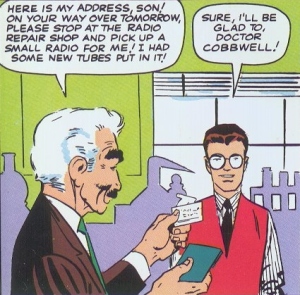 Amazing Spider-Man #2 also marked the debut of Phineas Mason aka the Tinkerer who was in charge of the Tinkerer Repair Shop where the radio was being “fixed”.

But this shop was not as it seemed. Look…aliens! Aliens tampering with radios!

Peter detects a strange pulse emanating from the radio at the lab and decides to investigate.

The Tinkerer’s master plan is revealed.

Spider-Man uncovers their lair but goes down in defeat.

But manages to escape with a pinpoint precise web-shot.

Spider-Man inadvertently causes a fire in the shop and the Tinkerer manages to escape in the chaos.

The ending reveals that the Tinkerer was simply wearing a mask. Was he an alien as well? Were they really aliens? That is a question for another day. 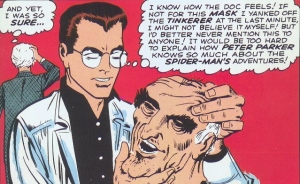 Spider-Man’s next batch of villains debuted this month and they both were a lot older than our teenaged hero. I guess the thinking was to have this young hero stand-up to these villains that represented the older generation and that would get the readers behind Spider-Man. It’s definitely not a move you’d see nowadays as a hero picking on a bunch of old men one right after another wouldn’t make for the most compelling of stories. The beautiful thing that Stan Lee did is take the preconception that these old men would be pushovers and tried to add that something special to both of them. Whereas the “is Tinkerer an alien or not?” subplot was quickly tossed away, the Vulture has become an indelible addition to Spidey’s rogues gallery. Many years down the road they tried to reinvent the Vulture by making him younger but that just lessened the character’s charm and they eventually reverted him back to his classic look. His appeal was so great that at one point he was even going to be the main villain in the fourth Sam Raimi Spider-Man movie before they scrapped the project. The Tinker, on the other hand, has popped up here and there but so far in these past three issues he has had the weakest debut and that translated down the road as a lesser role for him. Elsewhere in the comic, Peter finally found the solution to his money problems and his long career in the field of photography was born. While he’s still not at the stage where he actively seeks out crimes to fight, he most certainly will stand-up for any injustices he encounters when needed. We saw his first minor defeats, something that would become a common formula in the earlier Spider-Man comics: the first meeting with a villain Spidey loses, the second meeting with a villain Spidey wins. It’s also nice to see that they didn’t push aside Peter’s intelligence once he gained his powers and you saw his ingenuity when he took down the Vulture with the gadget he personally created. I love the fact that they show this is hero that is learning: he encounters a problem like running out of web-fluid and addresses his problem. He is growing as a hero with every issue and we are along for the highly enjoyable ride.
________________________________________________________

6 thoughts on “The Time Capsule – Spider-Man: May 1963 (Double The Villains, Double The Trouble)”