In #Trending I’ll highlight and offer my opinions on any comic-related news that occurred during the week. This will included news about comic books, comic-related movies, TV shows, video games, etc. while also highlighting various Comic Book Cosplay (one female and one male). Let’s begin:

Mark Millar was asked: “Will the upcoming reboot of the Fantastic Four share a universe with the future X-Men films?” It was a good question, a question that was on everyone’s minds when we learned that he would be in charge of FOX’s Marvel Universe of films. Millar’s reply: “Without question I think you have to see some of these guys showing up in each other’s movies. I think the most exciting thing in superhero movies, until The Avengers came along, was when Nick Fury showed up in Iron Man. Even though it was a guy with an eye patch it was really cool – and I expect we will see more of that.” Yes! Official confirmation! But wait…Millar later added on Twitter: “They exist in same universe but movies stand alone… There is NO crossover planned.” Ah…no crossover planned…yet. YET being the key word.
________________________________________________________

First there were photos of Bex Taylor-Klaus (The Killing) on the set of Arrow alongside Roy Harper. Speculation ran rampart. Who was she? A new version of Chesire? A new love interest? Someone else from the Green Arrow mythology? Well, we didn’t have long to wait as they confirmed that she would be playing the character of Sin. In the comics she was “Lady Shiva’s potential successor and the eventual adopted daughter of Dinah Lance and Green Arrow.” Obviously her story will be tweaked and CW revealed her initial premise: “She is a wayward youth. Sin is befriended by the Black Canary and has a connection with fellow street urchin, Roy Harper.” She’ll make her debut appearance in the third and fourth episodes of the upcoming second season but there could be the potential for even more appearances after that. With all this talk of Sin, talk soon turned to when we would see Lady Shiva, a character that I believe we have already seen (the mysterious lady in the red dress from the island flashbacks). Then came the announcement that Episode 5 will be titled League of Assassins. I’m pretty confident she’ll make her grand debut there.
________________________________________________________

(#1) Marvel is looking at the pre-orders of new series Mighty Avengers #1 and believe that retailers are severely under-ordering this new property. I’m currently one of those individuals not picking it up but if it catches my eye upon release I may relent and feature it on my “Off The Shelf” feature.

(#2) Rumors continue to swirl that the Ultimate Universe is coming to an end. November’s solicitations see each of the current series being replaced by minis and Mile Morales heading to the Marvel 616 Universe is looking extremely likely as well. I was a religious Ultimate Universe follower picking up the hardcover collections until Ultimatum hit but I do intend on picking up the post-Ultimatum series one of these days. It was that dreaded $3.99 price increase that stopped my purchasing of the collections as they subsequently increased as well…

(#3) Speaking of November solicitations, both Venom and Captain Marvel were noticeably absent from them. When questioned about their status, Marvel remained silent. Bleeding Cool has their own theories: “a) that lateness on the books is forcing Marvel to spread issues out. b) they really are cancelled and aren’t coming back. c) they will be relaunched in Marvel Now Two in December or January, along with Astonishing X-Men, X-Factor, Avengers Arena and more.” And just when Venom was finding its stride.
_____________________________________________________________

(#1) Paramount Pictures have pushed back the US release of Michael Bay’s Ninja Turtle movie from next June to next August. The reason? According to Deadline: “It’s to separate the Turtles from the Transformers. Both films should help shift an awful lot of merchandise and toys, and by distancing the halfshells from the autobots in this way, I suppose each franchise can get longer on the endcaps in Toys R Us.”

(#2) Originally, Rogue was going to be featured in the recently released The Wolverine according to screenwriter Mark Bomback. He explained: “I was trying to do something with Rogue in the script. I even had a set of ideas that the old man possessed a version of Rogue’s power and that was going to be indicated by a white stripe in his hair. Eventually it became very goofy, and I threw it out because I started realizing throughout the script that it became more problematic than cool. It’s no accident to me that in the first X-Men film the first two mutants that you really see who have a connection are Wolverine and Rogue. There’s something special between them, so I was trying to bring Rogue into it, but it just didn’t get there.” Sounds like a good decision to cut her part, that’s for sure.

(#3) Actor Gregg Henry (Slither, Super) has been added to the cast of Guardians of the Galaxy in an unspecified role.

(#4) We learned that originally Robert Sheehan (Misfits) was going to play the role of Banshee in X-Men: First Class. Robert revealed what happened: “I was cast in X-Men. I was going to be Banshee, originally an Irish superhero, and Jane Goldman wrote it for me. Wrote it for little ol’ Rob! So yeah, that did sting a bit. There was a four or five week crossover with Misfits, and the studio came back and said, ‘No, we need full and free availability’, and all of a sudden I was un-cast.” What could have been…

(#5) Marvel has approached Bradley Cooper to play the voice of Rocket Racoon in Guardians of the Galaxy. Well that was a little out of left field, wasn’t it? Will he actually accept is the more pressing question though. Expect to hear more of this as the story develops.

(#6) More casting news as Saoirse Ronan has passed on the role of the Scarlet Witch for The Avengers: Age of Ultron. Not to be deterred, Marvel has turned their attention to actress Elizabeth Olsen. While she wasn’t Whedon’s first pick, she could possibly be even better than the original choice.

(#7) Boom! Studios new series Day Men (which I reviewed in my “Off The Shelf” feature) has been optioned to be made into a movie by Universal Studios. Expect prices of the first issue to skyrocket!

(#8) Joss Whedon discussed his approach to Ultron for the upcoming Avengers movie sequel: “I knew right away what I wanted to do with him. He’s always trying to destroy the Avengers, godd@%n it, he’s got a bee in his bonnet. He’s not a happy guy, which means he’s an interesting guy. He’s got pain. And the way that manifests is not going to be standard robot stuff. So we’ll take away some of those powers because at some point everybody becomes magic, and I already have someone who’s a witch. I’m making sure to ground the character while still evoking that guy… As a character I love Ultron, because he’s so pissed off.” Interesting.
________________________________________________________ 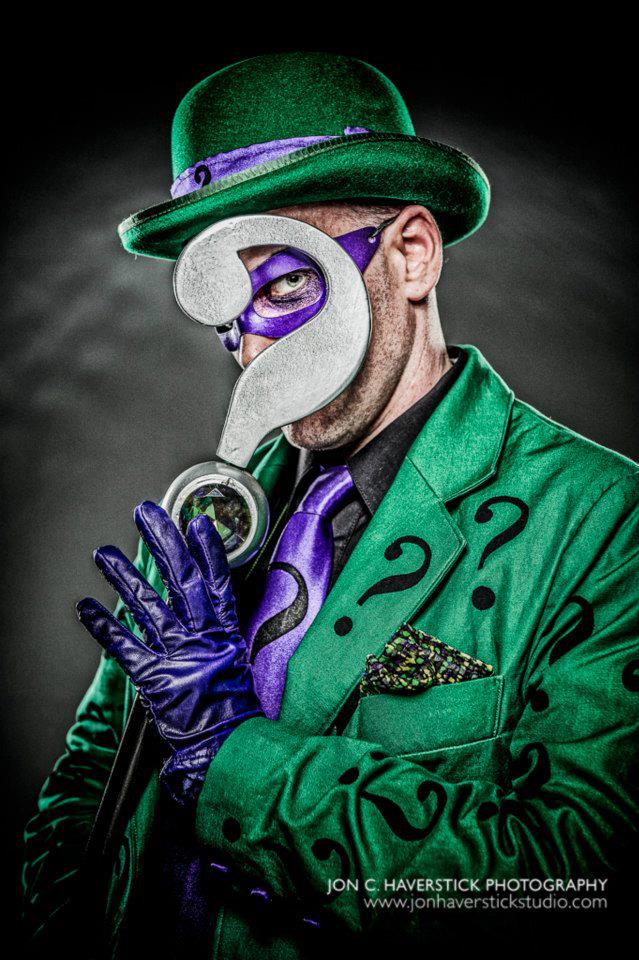