In #Trending I’ll highlight and offer my opinions on any comic-related news that occurred during the week. This will included news about comic books, comic-related movies, TV shows, video games, etc. including sharing any hot trailers that were released. Let’s begin: 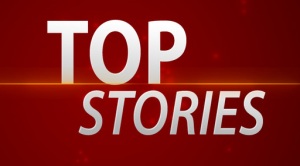 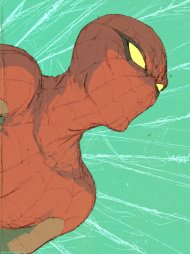 For a while now there have been rumors of Spider-Man appearing in Marvel’s Cinematic Universe. Earlier this week, there were reports that the web-slinger would appear in Avengers: Infinity War, sending fans in an uproar of excitement. However, Sony denied the report, claiming it had “no validity whatsoever.”

Following the Sony hacks and leaked emails, we have all been eager to hear news that Sony would allow one of Marvel’s biggest heroes to be a part of their hugely successful cinematic world. There has been speculations of talks between the companies, however all rumors have been dismissed. The addition of Spidey into the MCU would be one of the greatest moments in comic book movies, so fingers crossed they work something out.

Following the release of Justice League: Throne of Atlantis, DC has announced a new animated film, depicting Scott Snyder and Greg Capullo’s hit comic arc, The Court of Owls. The voice cast remains the same as Son of Batman, but with the addition of some new talent. Kevin Conroy guest stars, not as Batman (unfortunately), but as Thomas Wayne. The most interesting guest star of all is certainly Weird Al Yankovic who will be playing the Dollmaker.

A trailer has been released, which you can check out below:
The Court of Owls is one of my all-time favourite Batman stories. It’s great to see the recognition of the new villains outside of comics, and I’m looking very forward to seeing this, however it only appears to be a very loose depiction of the comic book. Nevertheless, I will definitely be watching this as soon as it comes out.

If the first teaser for the upcoming Avengers sequel didn’t get you excited enough, this one is sure to do the job. The latest trailer shows some new footage, in particular the Hulkbuster armour going up against the Hulk. Just watch it. It’s great. This movie can’t get here soon enough.

Avengers of the Comic Variety 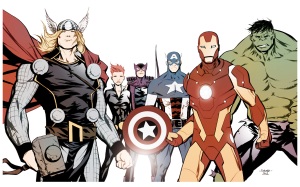 Marvel has recently announced that long time running titles, Avengers and New Avengers will reach their conclusions this April. But don’t despair, Earth’s Mightiest Heroes will be returning “All-New, All-Different” in a brand new series, to run alongside the upcoming Secret Wars event.

This week the cast for the upcoming Suicide Squad movie was shaken up a little with the sudden outing of actor Tom Hardy. Hardy, who was set to play Rick Flag, left the film due to disagreements over the script as well as scheduling issues. The actor was not happy to see that the final script tweaks left him as more of a supporting character, rather than having a prominent role amongst the star-studded cast.

Immediately after his departure there were rumors that, Jake Gyllenhaal was the favourite of director David Ayer’s to replace Hardy. 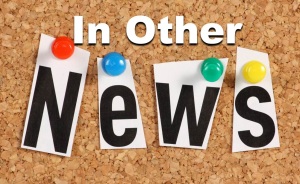 1) Patrick Stewart and Ian McKellen wont appear in X-Men: Apocalypse. The two iconic hero/villain friends will sadly not be gracing us with their presence in the next installment of the X-Men franchise. James McAvoy and Michael Fassbender will be the only Professor X and Magneto, so perhaps we can be treated with the duo’s return in a future film?

2) Being Fox’s highest rated fall drama since 2000, Gotham has been renewed for a second season. SELF PLUG: you can follow my reviews over at https://superteamau.wordpress.com/

3) The Russo brothers have confirmed that Scarlet Johannson will be reprising her role as Black Widow in the upcoming Captain America sequel, Captain America: Civil War.

4) Young Dexter actor, Devon Graye will be playing the second incarnation of the Trickster alongside nerd icon Mark Hamill in an upcoming episode of The Flash.