In #Trending I’ll highlight and offer my opinions on any comic-related news that occurred during the week. This will include news about comic-related movies, TV shows, video games, etc. while also highlighting various Comic Book Cosplay. Let’s begin: 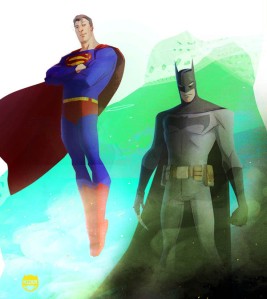 Lex Luthor has been cast for the 2016 Batman Vs. Superman movie! Warner Bros. Pictures announced that actor Jesse Eisenberg won the coveted role. Director Zack Snyder stated: “Lex Luthor is often considered the most notorious of Superman’s rivals, his unsavory reputation preceding him since 1940. What’s great about Lex is that he exists beyond the confines of the stereotypical nefarious villain. He’s a complicated and sophisticated character whose intellect, wealth and prominence position him as one of the few mortals able to challenge the incredible might of Superman. Having Jesse in the role allows us to explore that interesting dynamic, and also take the character in some new and unexpected directions.” They also hired Jeremy Irons to play the role of Alfred as well: “As everyone knows, Alfred is Bruce Wayne’s most trusted friend, ally and mentor, a noble guardian and father figure. He is an absolutely critical element in the intricate infrastructure that allows Bruce Wayne to transform himself into Batman. It is an honor to have such an amazingly seasoned and gifted actor as Jeremy taking on the important role of the man who mentors and guides the guarded and nearly impervious façade that encapsulates Bruce Wayne.” While some people are freaking out about Jesse’s hiring I believe that he will make an excellent Luthor and can’t wait to see what he does with the character.
________________________________________________________

Days of Future Past & Beyond 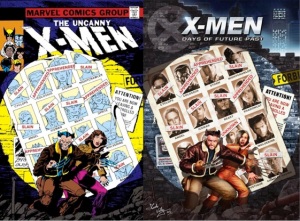 Back in December, Bryan Singer informed us that Anna Paquin’s only scene as Rogue was cut from X-Men: Days of Future Past. More recently he told Empire magazine that “it does not mean that we won’t see her in the film.” Singer then revealed more on the oddly coincidental featuring of Quicksilver in his movie considering Marvel’s prior announcement that the character would be in their Avengers film: “Quicksilver was always in our script. Marvel were informed early on that I was using him. The way it’ll play out in our movie versus what I believe they are going to do is so different. And this is not an enormous role – he’s only on one beat of the movie.” Originally the role in the story that Quicksilver is going to be used in was going to feature a younger Juggernaut instead. Did they change their minds despite the contrary? Finally, Singer revealed more about X-Men: Apocalypse: “One thing that interests me is the notion of ancient mutants. What would people thousands of years ago, without the benefit of science, think mutants were? And more importantly, what would mutants thousands of years ago think they were? Gods? Titans? Angels? Demons? And if such mutants did exist thousands of years ago, what became of them? Did one survive? This movie is more of a First Class sequel but it will take place some time after Days of Future Past. What happens in this movie brings about what’ll happen in that movie.”
________________________________________________________

(#1) Impressed with the final product of Captain America: The Winter Soldier, Marvel have already started working on the third installment with the intent of bringing back directors Anthony and Joe Russo.

(#2) Speaking of third installments, Marvel hired Craig Kyle and Christopher Yost to write the screenplay for Thor 3. Its being rumored that the movie will explore the comic book storyline of Ragnarok.

(#3) X-Men Producer Lauren Shuler Donner has gone on record saying she wants to make a solo movie starring Gambit and that she wants Channing Tatum to play the role, a role that he has been heard saying he would love to play. Personally I loved Taylor Kitsch’s previous portrayal but I understand them wanting to go with a more bankable star.

(#4) Actor Matthew Goode recently had a meeting with Warner Bros. executives to discuss a role in Batman Vs. Superman. The role is unknown at this time…

(#5) Korean actress Kim Soo Hyun has been hired to be in The Avengers: Age of Ultron. Reportedly, she will “play the major role of a doctor who will appear within the middle act of the film and serve as a partner to Robert Downey Jr’s Tony Stark/Iron Man.”

(#1) Rumors are circulating that the Penguin is being lined-up as the first villain to be featured on FOX’s upcoming Gotham television series.

(#2) The Huntress is returning to Arrow! Regarding her return, executive producer Marc Guggenheim said: “We consider Jessica a member of the Arrow family and we’re looking forward to having her back for an episode everyone will be talking about after.” The title of the episode? Birds of Prey. This should be nothing short of awesome!

(#3) The CW officially ordered a pilot for DC/Vertigo series iZombie. The show is described as follows: “A supernatural crime procedural that centers on a medical student-turned-zombie who takes a job in the Coroner’s Office in order to gain access to the brains she must reluctantly eat so that she can maintain her humanity. However, with every brain she eats, she inherits the corpse’s memories. With the help of her medical examiner boss and a police detective, she solves homicide cases in order to quiet the disturbing voices in her head.” I never read the comic but by the sounds of it I should thoroughly enjoy the show. 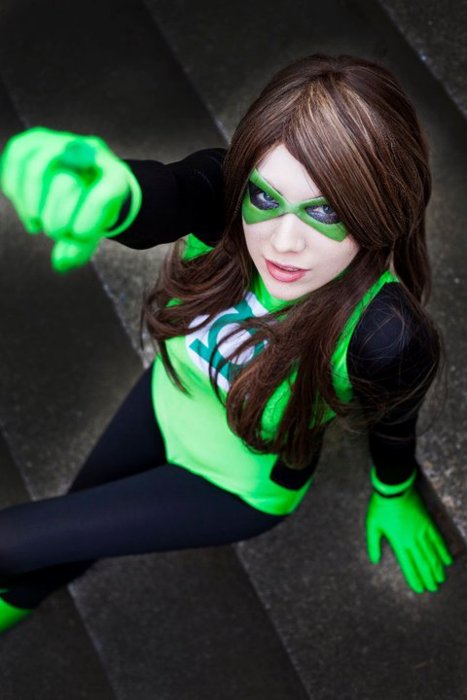